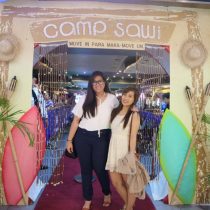 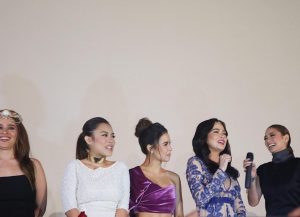 We all have our fair share of moving on, People just say “Move on ka na” – Well  “mahirap talaga maka move on” and the fact that there is still “hope”. Camp Sawi is a movie about the “limang bobo” who try to move on from their previous relationships and seek refuge in a camp where they can do anything, a place with no signal at all- a detox from reality and a detox from MEN (haha).

This movie involves the 5 girls working out their ways to finally move on. Well a lot of hugot-dropping in this film and it was definitely funny. If you were seated beside me you would actually hear me scream “Ow em!” so many times.  In every scene, the movie goers would clap and applaud for every relatable line. The part were I laughed the most is the scene with “Bela, Arci and Sam”- just watch it guys.

The premiere was a blockbuster, this was my first time attending for Viva Films and the number of people that attended – it came to a point where some sat on the floors (?). 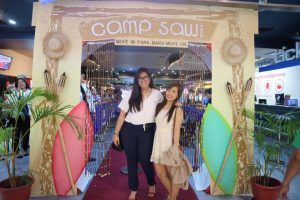 Do I recommend this film- YES,  a score of 4/5. The thing is the movie was so overwhelming, good and so funny!  It was straight to the point and kinda bitin (ending). Maybe because I am a romantic,  some of the stories of the protagonist were cliffhanging – but’s that’s LIFE they still continue to find themselves.  Some got their happy-endings and others are still in the state ” BALANG ARAW”. That is reality they have to learn to be on their own and love themselves until they meet the right one. I am a firm believer that maybe sometimes, we may not yet be ready because its not yet the RIGHT kind of love we deserve.  Maybe there is a possible part 2 in the works? But yeah if you want a good laugh, bring your friends and watch it together – It’s nice to get a good laugh with a friend or friends tapos “REMISNISCING” when you were at that stupid and “umaasa” state of your life.

You’ll love the cinematography of Batayan Island in Cebu, a lot of drone shots were taken and how captivating the beauty of the island is. And the outfits, style and looks of the characters A+ 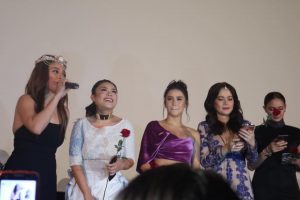 The actors who portrayed the roles, Bela Padilla who plays “Bridgette”,  the story actually starts with her and this movie is her breakthrough as an artist she gets to show her funny side, how a versatile actress she really is. Her chinoy boyfriend of 10 years breaks up with her.- What kind of guy would make it that long to 10 years if he doesn’t plan to marry her- the nerve! There is a part in the movie about a joke about dating Chinese guys HAHA- which is true for me.

Arci plays as “Gwen”, such a funny character and you’ll love her! Her ex- boyfriend who is her bandmate broke up with her. That is a scene where you will really pitty Gwen, despite her rough exterior, she has a soft heart and “madali ma-fall si ate girl”.

Sweet face Yassi, who plays “Jessica”- I swear “Ang sexy ni Yassi! “. She found out something about her ex-boyfriend who had a deep and dark secret. Her character is young that’s why her mind is still full of idealism. – (“Sa mga bata jan, bata pa kayo marami pa kayo ma memeet- many fishes in the sea”)

This is the most sophisticated and mature acting I’ve seen Andi Eigenmann who plays “Clarisse”- she plays as the “other woman” and despite being strong and wise-  she has these pilled up emotions deep down inside and conscience to deal with.

Newbie Kim Molina plays “Joan”, her fiancée died when he proposed to her – wished this girl had more exposure but there is something promising about her and maybe see more of her in any upcoming projects.

There are more things to look for in this movie and other relatable characters. The moral of the movie for me, Okay lang masaktan, Mag DABDA ( 5 stages of grieving, DENIAL, ANGER, BARGAINING, DEPRESSION & ACCEPTANCE)  ka,  Time is a great healer and when you are ready (It’s all up to you) , bumangon ka and magpaganda ka! – Hindi ka kawalan girl and you deserve better, and “one day” 🙂 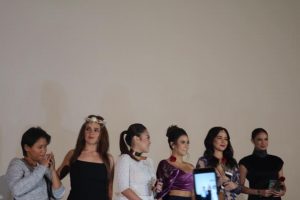