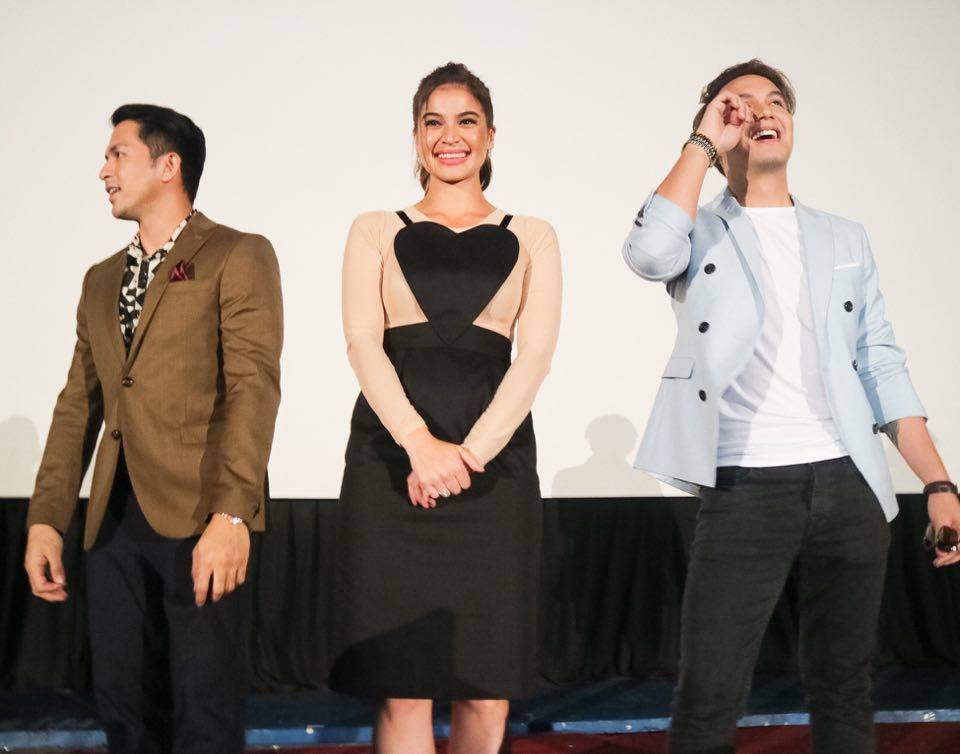 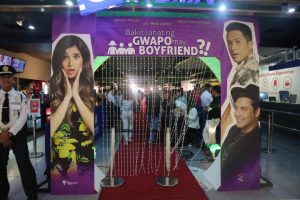 I’ve asked myself the same thing and no one can supplement that answer, ever since college it has been a trend in the gym that it is “uso” for the gays to have gainz – “palakihan ng katawan”. In Metro Manila, you can spot one easily with your gaydar, but not all maybe some have “malamya” tendencies and moves that are close to their feminine side. Don’t judge agad, there are signs. I am no expert, but if you feel it,  you know. I did had a crush on a gay guy, I just accepted it and move on since I’m not what he really wants. I love the gay community because I have good friends who are gays but sometimes I’m like “Bat nagkaka ubusan na ng lalaki dito sa Pilipinas HUHU” – Kung hindi kasal, may jowa, bakla naman. 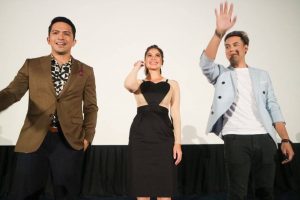 Bakit Lahat ng Gwapo May Boyfriend?! Starring Anne Curtis, Dennis Trillo, Paolo Ballesteros, Yam Concepcion and more! Brought to you by Viva Films and The Idea First Company, Directed by Jun Lana. The gist of the movie  revolves with the 3 main characters, Anne who plays Kylie unfortunately she is a “CLOSETA-MAGNET” / COVER GIRL – whenever she falls in love with a guy turns out to be gay.  The handsome Benj, played by Paolo Ballesteros and CONFIRMED! na bakla plays as Kylie’s bestfriend and former flame, yes CLOSETA siya and only Kylie knows about it. Then here comes the Diego, Benj’s first/ puppy love who came back from the states, he hired Benj and Kylie to be the wedding planners to his upcoming wedding with Fiona played by Yam Concepcion.

BEHIND THE SCENES CLIP: https://www.youtube.com/watch?v=QECR8jEQnAM

This movie is very light and entertaining, It was so funny and you have to watch out for #RamonRamon – jack of all trades in the movie. In terms of the story, it is different, not your typical love story and most likely relatable that’s why everyone was at the edge of their seat jerking a laughter. 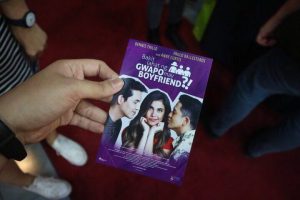 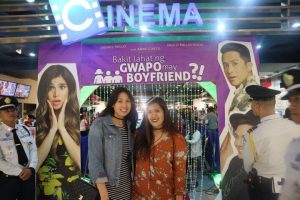 Like I said Hands down to Anne for this role, as always a fire cracker and never fails to bring out the character’s persona. She played Kylie well and she was able to bring out the emotions needed- ma fefeel mo. I know every girl has been through that stage na “What is wrong with me” and coming from a standpoint of a cover girl – may kulang ba sa part mo. 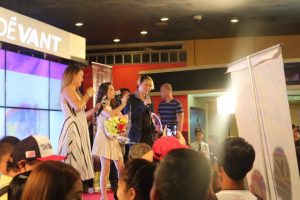 Anne is what you call yung babaeng bakla (who is so gorgeous and dyosa ng mga bakla) and that’s why she doesn’t have to put much effort into the role. Her chemistry with Dennis Trillo was something unexpected, super nakakakilig sila! (and nakakakilig kissing scenes nila – Watch out for the scene where Anne has to act as Fiona because Fiona couldn’t make it) They both worked and looked good together on screen I don’t usually fuzz about love teams except for Jadine but I would definitely ship Anne & Dennis. I suddenly had a crush on Dennis Trillo because of this movie. Scene to watch out for: Anne and Dennis duet – must watch it.

Benj is such a loving character, not a single hate- He would be the perfect gay bestfriend. You would understand the standpoint of his role na umasa din at nag assume – All of us wants to be loved and accepted. For Benj, he did have his happy-ending WITH…. If you know someone who is “closeta” hayaan mo lang sila umamin, just love & accept  the way the person is.

Diego as confusing as it seems has the tendencies to be GAY, He fits the checklist but he ain’t GAY. Apparently Kylie is attracted to gays kaya na fall din siya kay Diego and  YES, pa fall ito si Diego. In the end naging confusing din feelings ni Diego. Hay naku!

Fiona who plays the fiancée of Diego, is what we all girls want to be – beautiful, smart, strong & independent woman, the thing is she is too career-driven. For us girls, we should put our careers first like what my mom says “Para di ka kawawa”. Well in the story she risked a job offer for Diego , she used it to backfire at Diego- sa simula pa lang mali na talaga to begin with. Kaya the lovebirds slowly change and getting to know each other more while doing the wedding preparations.

At the end, the movie is all about love – love has no gender and it comes in all forms.  To all the girls (like me na naghinihtay at naghahanap), boys din and gays, you know just keep doing what you need to do and put yourself first, love will eventually come and it doesn’t have to be too complicated – you just have to work on it #LOVEWINS